In 2007, Burnaby School District (SD41), Burnaby Neighbourhood House and City of Burnaby Parks, Recreation and Cultural Services, partnered together to form the Burnaby MoreSports program. Since its formation as an independent nonprofit in 2011, the Burnaby MoreSports Society has worked with its partners and community supporters to provide more accessible sports recreation programming at local schools.

BMS programs were developed specifically to serve young people who experience barriers to participation in recreational sports. Without opportunities to play and exercise regularly with friends and peers, marginalized youngsters are vulnerable to becoming isolated socially and emotionally, which puts their long-term health and well-being at risk.

Today, BMS is a registered charity providing free sports recreation, mentoring and leadership for more than 500 young people each year.

More information about what we do (and why) is on our Programs page.

To create sustainable community sport programs in Burnaby neighbourhoods, so that all children and youth have an opportunity to develop fundamental life skills and a love of sport.

Every child in the city, regardless of social or economic background or special needs, will regularly participate in a sport and develop a life-long love of being active. 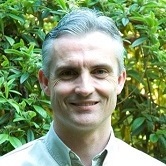 Glenn (Executive Director) joined BMS in the spring of 2018. He has worked in senior management, board and consulting roles in the nonprofit sector since 2007. Glenn has always played sports. He represented his high school on many sports teams and played for professional soccer clubs in England throughout his youth. During his studies at the University of London, Glenn was selected to play soccer internationally for England and Great Britain Universities. Glenn has been coaching club and high school youth soccer in Burnaby since 2012, and is excited to combine his nonprofit expertise and passion for sports to get more kids active and having fun. 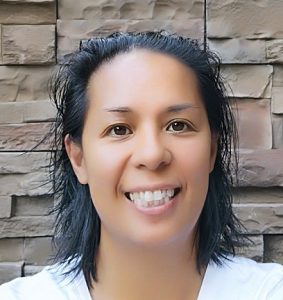 Maria (Program Coordinator) was Coordinator from 2012-2017 and rejoined the BMS team in the summer of 2019. She has a lifelong passion for sports and physical activity completing her Bachelor’s Degrees in Fitness Education (McGill University) and Recreation Management (Langara College). With the variety of her past jobs working with children in recreation (YMCA, Sport Ball, City of Burnaby) and having competed in team sports basketball, flag football and hockey, her own experience has taught her the importance of learning fundamental physical literacy, life and leadership skills through sports. When she’s not teaching sports to kids, you’ll find her traveling, paddle boarding and cheering for her hometown hockey team: “Go Habs!” 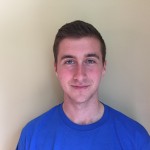 Joseph (Joey) (Assistant Program Coordinator – On Leave) was a volunteer YELL coach for one year before being hired onto the team in 2016. He is in the Business program at Langara College and has been playing soccer competitively since he was 5 years old. Joey enjoyed both coaching and playing high school soccer as well as basketball. He believes that getting kids involved in team sports at a young age is essential to their development by teaching them important social and psychological skills while also improving their physical health. Having seen the value that team sports has given to his life, Joey is inspired to give back to the Burnaby sporting community. He is currently on leave from BMS to complete business practicum placements for his degree. 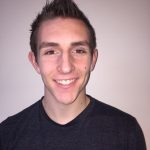 Cole (Program Leader) is a business student at Simon Fraser University’s Beedie School of Business. He volunteered as a YELL coach for one season and joined as a Program Leader in 2016. Cole has played many different sports competitively and is an avid outdoorsman. His favourite sports are volleyball, snowboarding and hiking, and he frequently participates in obstacle course races and mud runs such as the Spartan Race. In high school, he coached Moscrop’s dragon boat team, working to create a sense of teamwork and togetherness in an inclusive environment. After being part of multiple sports teams, Cole believes that the skills and lessons learned from sports and after-school programs are transferable to everyday life. He hopes to engage those around him and create a safe environment that will help promote these life skills. 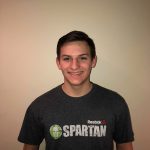 Tyler (Program Leader) is a student at SFU studying criminology. He has been involved in sports his whole life, playing soccer from aged 5 until now, and also playing baseball previously with his brother (Cole). He has always embraced challenges in sports and often played with older people to improve his skill levels as one of his team’s top players. Tyler enjoys all sports and anything active, including obstacle course races such as the Spartan Race. Before joining Burnaby MoreSports in 2018, he was a volunteer YELL coach in high school. He believes that having sports and physical activity at a young age is very important for developing physical and mental fitness, and maintaining a healthy and active lifestyle. 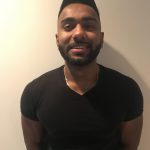 Naresh (Program Leader) was a YELL coach for 3 years before joining the team in 2018. He’s currently studying Engineering at Langara College and has played many different sports growing up including football, ice hockey, and soccer. He believes playing sports at a young age will not only help develop important life skills, like teamwork, communication, and discipline, but also help build confidence and self-esteem. Naresh is also a major fitness fanatic who hopes to motivate and inspire others to stay active and healthy. 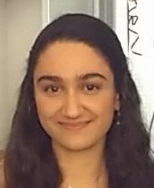 Harir (Program Leader) is a student at UBC studying forensic psychology. She enjoys playing various sports, including field hockey, track and field, skating, and hiking. Harir has worked similar jobs in the past with kids, and has seen the ways in which sports can help children develop both physically and mentally. She believes that sports can act as an outlet for individuals to be part of a team, build a positive self-image, and develop perseverance. Harir has joined the BMS team hoping to foster a safe and fun environment for children to thrive. 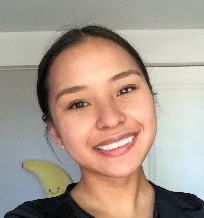 Kim (Program Leader) is currently studying Tourism Management at Capilano University. She grew up playing volleyball and watching hockey, and now enjoys hiking and biking. She believes sport is a very crucial part of a child’s development because it allows them to grow confidence, communication skills, and build a good foundation for health and fitness. Playing sports can also help kids develop long-term friendships. She hopes to help kids feel more comfortable with playing sports. 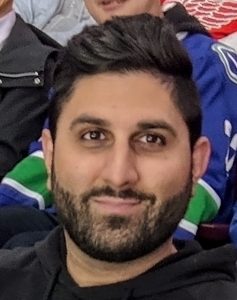 Kayvon (Program Leader) has been working with youth and children at Burnaby Neighbourhood House since 2008, and has previously worked with BMS teaching sports skills and encouraging active play in seasonal camps. His favourite sport is hockey and he plays weekly in a co-ed recreational 3-on-3 floor hockey league and does cardio-boxing for fitness. Kayvon truly feels that we all need to stay active to stay healthy and it’s important to get into that habit from a young age. 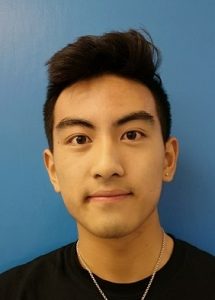 Joaquin (Program Leader) is studying at the Beedie School of Business at SFU. He has worked as a camp counsellor and supervisor for seasonal youth soccer camps in Coquitlam, and has played many sports over the years, including soccer, rugby, basketball, volleyball and track & field.

Sue (Past President) has been with the BMS Board since 2015. She has over 25 years of nonprofit experience as a volunteer, board executive and paid administrator. She worked and volunteered for the Burnaby Girls Soccer Club for over 10 years, with her last held position as President. Sue was also a Director for the former North District Girls Soccer Association. She has a professional background in the IT sector and as the Labour Relations and Data Analyst for the Post-Secondary Employers’ Association. Her involvement with Burnaby MoreSports is a culmination of two great interests – sports and nonprofit administration.

Dallas (President) joined the BMS Board in the fall of 2017. He has a background in accounting and currently works with the provincial government. Growing up in a small farming town in Manitoba, he knows the importance of giving back to his community. Sports has always been a big part of his life and he recognizes the impact sports can have on a child’s future. The life skills that can be developed will stay with the kids as they go forward in their lives.

Mark (Vice President) was elected to the BMS Board in November 2019, and has considerable experience as a corporate lawyer and chartered accountant.

Eric (Treasurer) has been on the Board of Directors since 2015. As a chartered accountant, he has significant financial, tax and compliance expertise.

Tyler (Secretary) is a political communications professional who joined the Board of Directors in 2018.

Norita (Director at Large) re-joined the BMS Board in November 2019, and is a lawyer and senior executive in real estate.

Elsa (Director at Large) was elected to the BMS Board in November 2019, is a chartered accountant and works as a purchaser for the provincial government.

Jocelyn (Director at Large) was elected to the BMS Board in November 2019, and is a senior marketing and communications professional.